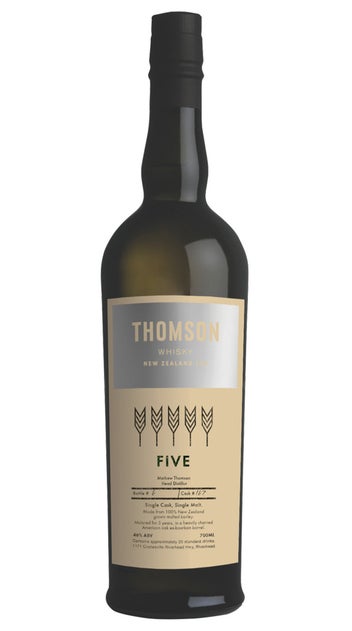 NZ Whisky has an interesting history, being much further behind the world due to a prohibition deal doen with Scotland some years ago. There hasn't been many NZ distilleries, and Thomson wanted to give NZ a whisky they could be proud of.

Now they have a new distillery in operation on a hand-beaten copper pot still and have been putting away their whiskies to finally be released at a later date.

This it the oldest release from Thomson Whisky so far, made from 100% New Zealand grown malted barley and matured in a heavily charred American oak ex-Bourbon barrel. This cask has been carefully selected by head distiller Mathew Thomson, just in time for Christmas.