The APA is no stranger to us here at Fine Wine Delivery, being a staple in our fridge for years, and we congradulate the Cassels & Sons team on this great achievement. To celebrate, we have the 6 packs at an incredible price of just $17.99 a 6 pack. $17.99 for the best APA in the world? It's a no brainer!

You can expect a delightfully fruity, aromatic beer that gets its flavour from the abundance of fresh West Coast USA hops. Tropical fruit and passionfruit flavours give way to a clean and light bitter finish, it isn't aggressively hopped but rather expertly balanced.

Supply is limited due to a huge uplift after the win, so stock up now while stocks last! 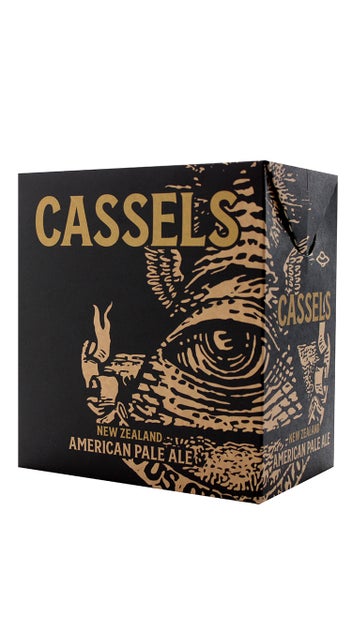 Delightfully fruity, aromatic beer that gets its flavour from the abundance of fresh west coast USA hops. A top-fermented ale style, this beer is a recent addition to the cassels collection. The tropical fruit salad and passionfruit flavours give way to a clean and light bitter finish.