Fresh hopped, green hopped, wet hopped… they're all terms to describe what is basically the same process.

Most beers, craft or regular, are made with dried or pelletized hops. This is for purely practical reasons - freshly harvested hops have high moisture content and are prone to spoilage, so they are normally lightly kiln-dried to preserve them for year-round use and export.

But this does change their flavour slightly. Fresh hopped beers are considered by many to be the most pure hop expression - like apples straight from the tree or pulling a fish straight from the ocean and into the frying pan.

The catch is that they can only be brewed straight after the annual hop harvest, which occurs in February/March in NZ.

These 6 beers are all limited release and like catnip to hop heads everywhere.

Humulus lupulus, or 'hops' as they are known to beer drinkers, are a delicate little flower. Most are dried immediately after harvest to preserve the resins and oils that give beer its distinctive bitter tang. About 20 years ago an American brewer called Steve Dresler revived the obscure ancient technique of green or wet-hopping with spectacular results...now Tuatara have joined the party, with a spectacularly fragrant version using Citra and Amarillo hops in the boil and then a green hop addition of Nelson Sauvin. Full of classic grapefruit, passionfruit and citrus characters.

Crafted with munich malt giving the classic German biscuity flavour, the generous amount of kiwi hops transforms it into the pale ale it is - sexy citrus, passion fruit and grape notes, it's oh so drinkable and all the better for a fresh hopping!

RIPA stands for Rye India Pale Ale, a style brewed using local Canterbury pale ale malt as a base with a generous helping of speciality barley malts, which are then deep-ryed with malted Rye and a selection of exotic Rye speciality malts, giving a beer of serious depth, body, and flavour. The blackness comes from the addition of a special chocolate malt, which is de-husked so it imparts the dark hue without mixing in any of the burnt, smoky notes of a stout or porter. To make it all hoppy like an IPA should be, they use a hefty amount of New Zealand grown hops - both Kiwi and American varieties - added at different stages throughout the boil and in the hopback. To bring the monster to life, they dry hop in the fermenter with yet another bouquet garni of Kiwi hops. The end result is a dark, flavoursome IPA choc full of fruit, flower, and citrus with just a hint of earthy spice.

Picked in the morning, brewed in the afternoon!

Fitting in somewhere between a Barley Wine and an American Double IPA, MPA has been Renaissance's seasonal Ale for yonks. The Grandmaster is a fresh hopped take on the brew, made with a heavy handed freepour of freshly harvested Wai-Iti hops. The boys drive over to Motueka one early morning in March and pick the hops fresh off the vines, before heading back to Blenheim to brew Grandmaster in the afternoon. The end result is a very drinkable beer bursting with Wai-Iti's trademark mandarin and lime zest hops balanced by a delicious malt sweetness of the base ale.

As a teenager, Mike Neilson used to work at the old Dunlop tyre factory in Upper Hutt. Little did he know he would one day be brewing beer in the very same building, having sunk all of his life savings (and then some of the bank's) into his new brewing venture. Named after the famous panhead Harley Davidson engine, these beers are as exciting as anything we've tried of late, and we're particularly excited with this new 7.2% Vandal bottling. Brimming with Motueka, Riwaka and Nelson Sauvin hops infusing it with tropical and grapefruit flavours to balance the sweet malt profile, this is crisp, flavoursome IPA perfect for washing away a hard day's work in a stifling tyre factory.

Made with hops that have not been dried - from one of NZ's most exciting new breweries!

Rarebirds is a series from ParrotDog releasing one-off beers inspired by the quirky birds of Aotearoa. Kakapo is the first release and comes in a limited run of 126 bottles - the same as the total number of Kakapo in the wild! A wet-hopped IPL brewed with fresh Motueka and Cascade hop flowers. 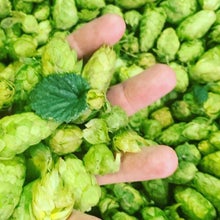 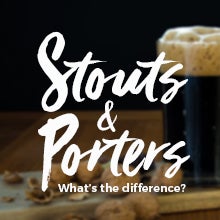 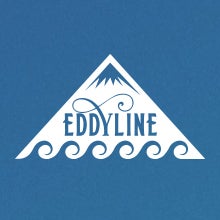 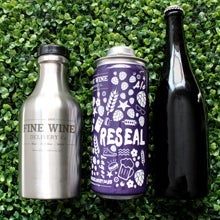