Behemoth Now Thats What I Call Hoppy Simcoe 440ml can 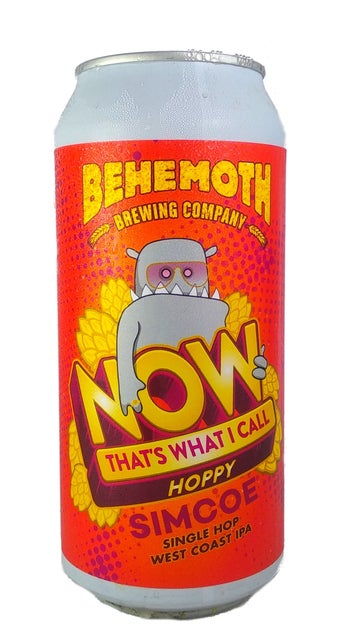 Now That’s What I Call Hoppy is our series of Single Hopped West Coast IPA’s. Yes like our Me Time series but this time to see how
hoppy this particular hop is. What flavours, what aromas and what deliciousness this hop can bring to
the table (I do see the irony of this
being named after a mixed CD...).
Simcoe is one of the hops that
really changed craft beer forever.
Released in 2000 and is used in
such beers as Dogfish Head 60min,
Pliny the Elder, Epic Armageddon
and other such awesome beers. It
gives Passionfruit, Pine, Citrus,
Apricot and Berry characters.