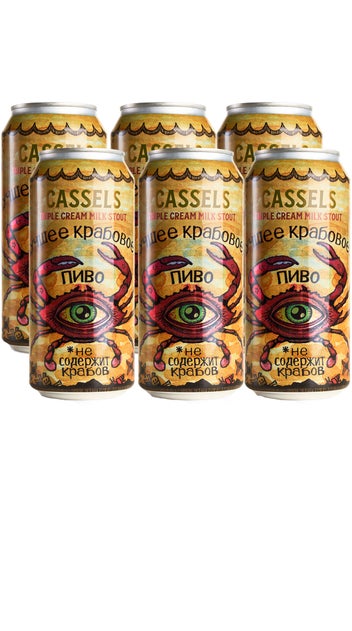 A thick, creamy and luscious Imperial Stout! Cassels got on the world stage when they won Best Stout in the World Twice, also taking out the trophy for the Milk Stout category. After much acclaim and need for this beer, they released their now iconic Double Milk Stout. You didn't think they'd stop there did you? Introducing the triple, a thick, creamy and luscious Imperial Stout which is stronger and slightly sweeter than its double sibling. You can expect the same full body matched expertly with roasty coffee and chocolate notes and a hint of spice from the Moutere and Willamette hops. It doesn't get much better than this.