The perfect premium tonic match to elevate your Gin! 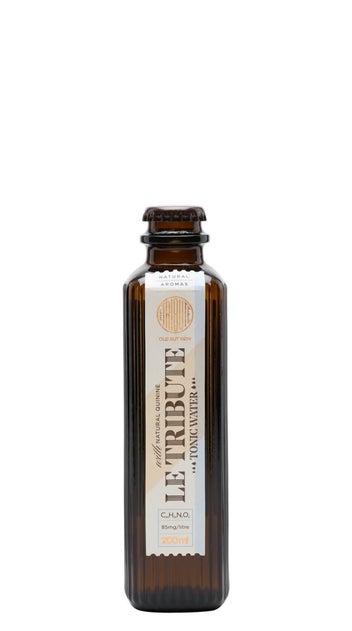 Le Tribute is a premium mixer from Spain, using all natural ingredients. The use demineralised water in their production process, extracting the water from a spring in their distillery through a process of reverse osmosis, which guarantees the highest level of purity. Made with natural quinine from the Loja province in Ecuador. Why from Loja? In 1639, the Countess of Chinchona was cured of a fever thanks to an infusion made from the bark of the cinchona tree from the region of Loja, and as such this remedy became popular for the treatment of fever and malaria among the people of this humble town. It was so effective that it was even used to heal various kings of Europe, such as Louis XIV of France and Charles II of England. The tonic also contains a distillation of lemongrass in water, which provides its unique flavour. The perfect premium tonic match to elevate your Gin!