Departing our delightful and super comfortable cottage accommodation at Kumara was quite difficult given it was so homely and relaxing. After 6 straight days of riding our butts and legs were pretty sore and it felt like we were due a rest. However after breakfast our support team Rene and Denise were there to load the VW Amarok and we were soon on our bikes and headed for Cowboys Paradise via the Heritage bush trail (36km ride).

We left in overcast weather with the sun trying hard to break through, but had not reached the first 10km mark when it started raining and with that came a drop in temperature. We met up with Rene and Denise around the back of the lake for a quick check on equipment and a refuel then minutes later were on our way again. The bush was magnificent and the track circumvented the lake, eventually taking us around the base of the mountain we had spotted from the other side of the lake and had looked so distant at the time. It was a long slow gradual climb with very little relief, we wondered why the guide book had said 4-6 hours which seemed an inordinate amount of time for 36km.

As we passed the mountain the skies opened up and a cold wind aided a several degree drop in temperature. The track got slightly steeper, our speed decreased and the legs pumped harder. 3 hours 25 minutes later we rode into Cowboys Paradise soaking wet, cold and in need of a hot drink and food. Rene and Denise helped us get our bikes under cover and we zeroed in on a large hot cup of tea. Unfortunately the food selection was minimal so we opted for toasted sandwiches, which took around 30-minutes to prepare yet we were the only people there.

It was raining sideways outside and the temperature had dropped further, clearly it was not going to improve anytime soon so we donned additional gear (wind vest, leg warmers and thermal gloves) and set off for a 36km ride to Hokitika in atrocious conditions. The initial track was downhill via a large number of switchbacks until we hit the entrance gate to the property and onto a gravel road taking us straight into a head wind that was close to gale force at times and almost stopped us in our tracks. For several kilometres we could hardly get above 7-10km per hour and the rain was coming in sideways stinging like hail as it hit our faces.

Finally we turned more to the west and began a long fairly steep climb through the bush. Although taxing the dense bush provided us with temporary shelter from the cold/howling winds. At the crest of the hill we came across a local farmer driving a quad bike with a roof and he was dressed in the full suite of wet weather gear. A rugged and humorous fella who was keen to know why we were stupid enough to be riding our bikes in such nasty weather. We told him what we were up to and that we had no choice but to keep to the program, so unless the roads were impassable we had to kick on. He was impressed and might have even thought for a moment these JAFFA's are tough buggers after all.

Over the hill it was all downhill to the main road where we turned right for an 18km run into Hokitika on sealed road (heaven). Fortunately it was 90% flat including quite a few downhills and as the wind was more to our side we made quicker progress. The rain kept coming and the wind kept gusting, but our leg warmers, wind vests and thermal gloves had added that extra protection that kept our body temperatures up, preserving our strength. Arriving at our accommodation was a relief as was an hour long massage Virginia had arranged with a local therapist. After a hearty dinner and a couple of Pinots we climbed into bed around 10.00pm and slept like logs. 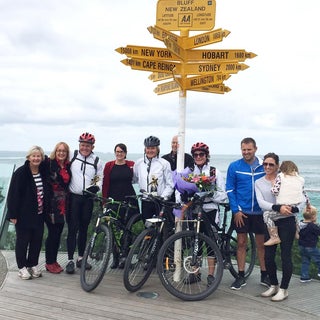 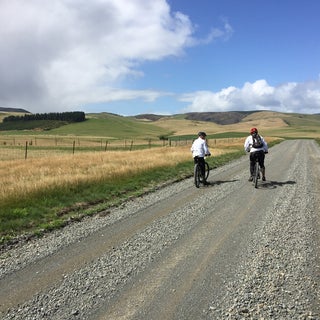 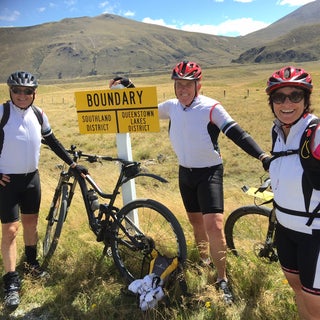 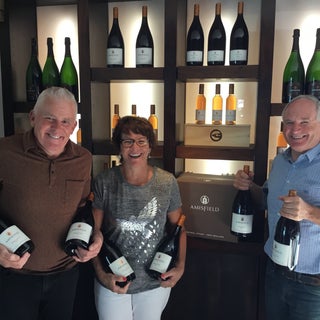