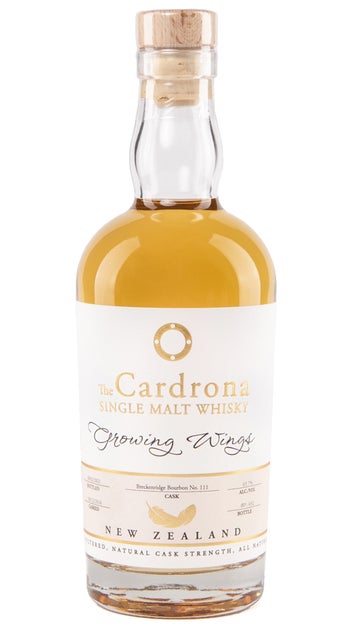 Cardrona Distillery, based in the Crown Range of New Zealand, won critical acclaim with its 3 year old “Just Hatched” Whisky, Winning NZ Best Single Malt at the World whisky Awards and selling out in days. They also won NZ Best Single Cask Single Malt with their Breckinridge Growing Wings marks the conclusion of Just Hatched, taking its place in collector’s archives as it's oldest aged releases.

This is a rare single cask bottling of The Cardrona Single Malt Growing wings, and is drawn from one of the very first casks laid down at the Cardrona Distillery. Matured in an ex-bourbon cask for five years and bottled at Cardrona's signature natural cask strength.