Post breakfast and shopping we headed by foot (20-minutes from our hotel) to visit the restaurant as we had not been able to make a booking by phone and they did not open until 1.30pm for the beginning of lunch. Immediately on entering the door we loved the original Spanish ambience and charm. After chatting with the sommelier Duncan (Scotsman who has lived in Spain 13-years and is fluent in Spanish, although when he reverts to English his heritage is obvious) and we felt entirely comfortable making a reservation for the dinner. I pre-selected the wines for dinner from their quality list (not too onerous, as some fine dining lists are), then ordered 4 Tapas dishes for Virginia and I to enjoy with a gorgeous 2009 vintage Cava. If we needed any more confidence we were making the proper choice of restaurants, it was confirmed in all 4 Tapas dishes served to us. We spent the next 2-3 hours (very relaxed now we had solved our dining dilemma) traipsing the streets of the old city before returning to our hotel to rest and freshen prior to our last group dinner.

We met in the lobby and travelled in 4 taxis to the restaurant (a maze of very narrow one way streets coursing the old city – a visitor wouldn't have a clue which one to take next) for a rather exciting ride to dinner. On arriving we sat to a glass of the stunning 2009 Reserva Cava we had enjoyed with lunch. The group elected to trust the chef with a degustation menu, which proved an inspired choice as the dinner unfolded as follows…

Wine 1 – 2009 Reserva Cava (regrettably did not note the brand) that had spent circa 3-4 years aging on lees like Champagne and was made from typical grape varieties of the region. It had the seductive aromas of standing in a bakery with a very elegant and finely bubbled palate. This was served with the starters, a vial of a delicate Sangria accompanied by finely sliced Iberian dried pork presented in tiny slices attached by tiny wooden pegs to what resembled a miniature clothesline.

Wine 2 – 2011 Belondrade y Lurton Verdejo from Rueda, which had been matured in older barrels. Served with a finely sliced piece of pork seared on one side and marinated on the other. This was followed by a stunning dish of Foie Gras topped with a copper glaze that may well have exceeded any Foie Gras dishes I had experienced in my many lunches/dinners in France.

Wines 3 & 4– 2011 El Puntido Reserva from Rioja and 2011 Senorio San Vincente, both superb reds from the Vinedos de Paganos and Senorio San Vincente Bodegas respectively, both of which we had visited during our time in La Rioja. The choice of either a roast shoulder of pork or a superb cut of Sirloin steak were offered as a principal serving.

Pre the dessert we were served a delicious selection of local cheeses to accompany the remainder of our red wines.

Wine 5 – unknown 30-year old Pedro Ximenez, served with a stunning dessert of apple tart with vanilla ice cream, sounds rather plain but tastes anything but!

During the dinner I spoke on two occasions – one, to recall the events of the tour, which by now were understandably becoming more clouded by the day – two, to remind every person the moments of fun and enjoyment they had respectively brought to the tour.

Virginia appropriately had the last say from us as she should, given her months or tour organisation. She graciously thanked the group for their contribution and friendship throughout the tour.

After coffees, brandies, the last of the beautiful reds and additional PX we poured ourselves back into the taxis for a quick trip back to our hotel, I suspect we all slept beautifully after such a fabulous and fun end to the tour. Virginia and I said additional goodbyes to those we encountered in the dining room the next morning before catching a fast train to Madrid to enjoy another lunch at Lavinia and a final night at the excellent Westin Palace Hotel before wending our way back to NZ on Emirates via Sydney (3-nights to unwind there before arriving back in Auckland). We were looking forward to re-engaging with our children and their partners, our beautiful grandchildren, plus our two little Shitzu mates of 13 and 11 years respectively, Leroy and Riley, whom many of our customers would have met during their visits to FWD Co. over a decade plus.

We had something additionally exciting to look forward to this time… the doors of our brand new SuperStore at Constellation Drive will have been open for one week.

This has been an exceptional wine tour, they've all been fabulous in their own right…. but this may well have been the finest of them all. As they say in Spain, this is the end of, or my final obligation. Salute, Jeff 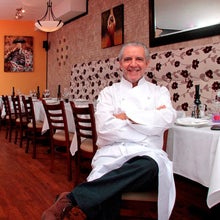