Tiny production, only one allocation for New Zealand - get it while you can… some of this countries greatest Chardonnay 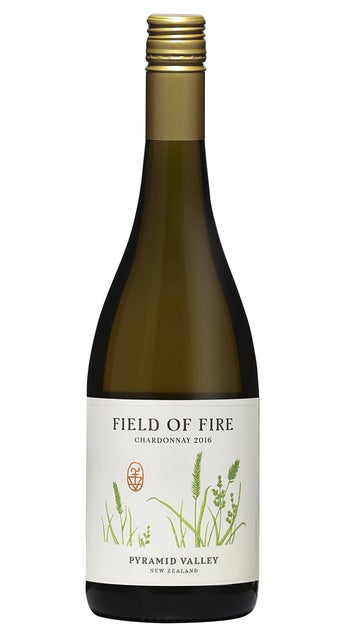 Named after the much-maligned grass known as quack, whose scientific name is agropyron ripens (agro/pyro = field of fire). It also happens to be the pre-dominant weed growing on their sacred Chardonnay vineyard, helping to break up the dense clays in the top soils while not competing with the vine roots in the lower limestone. Pyramid Valley could be argued to be the leaders in Biodynamic winemaking, they’re certainly one of very few able to command the premium price points these iconic wines demand. Mike Weersing has been moving further and further away from oak in the wines, preferring to use clay amphora - he imports specifically for its neutrality as well as beneficial effect on the lees in the ferment.

Something like freshly cut summer hay on the nose, with complexities of chamomile, bran biscuit, floral and citrus nuances.

All about energy and umami on the palate, filled with a wet stone mineral quality and subtle nutty, biscuit notes from the lees, finishing slightly creamy and very satisfying. A truly unique wine made with minimal handling and inputs only where unavoidable, it is great now but better after 2022.