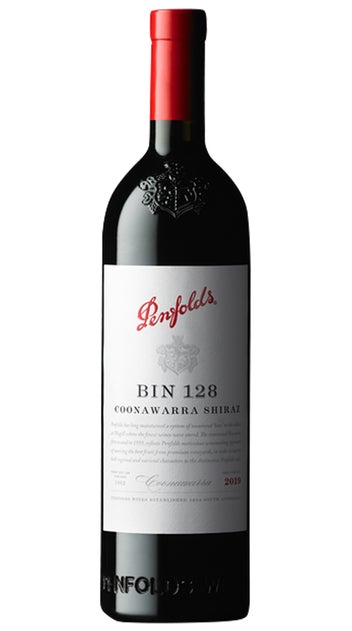 Bin 128 is the cooler-climate counterpoint to the Kalimna Bin 28, with fruit coming off the terra rossa soils of Coonawarra. Coonawarra has remained the source of Shiraz fruit for Bin 128 since the inaugural release of the 1962 vintage. In order to further enhance the regional qualities of Bin 128, the wine is matured in a mixture of new and seasoned French oak hogsheads, a method that was refined during the 1980’s when the transition was made from American to French oak.

Refined French Oak flavours and tannins frame the generous black and red fruit flavours, with fresh, vibrant acidity lifting the palate through to a long, finely grained finish. Like all top Bin 128s this wine will afford buyers immense pleasure as it develops over the next 10-12 years and beyond.