A Single Vineyard Masterpiece from Masters of Hawke's Bay Syrah 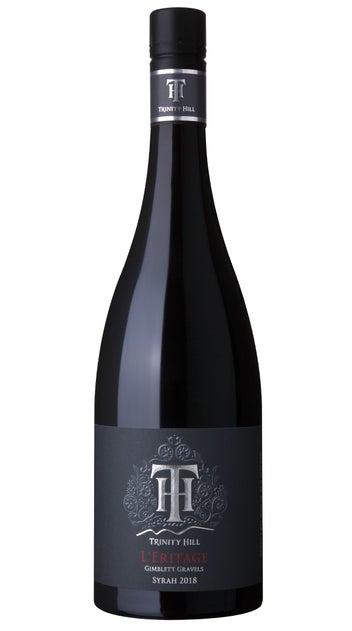 A new single vineyard wine from the Master Syrah makers of Hawke’s Bay, l’Eritage pays tribute to the Syrah clones used. Predominately crafted from “Baileys” and “Mass Selection” clones, both thought to have orginiated from cuttings brought to Australia and New Zealand from France by James Busby in the mid-1830’s, as well as “Clone 174”, which was gifted to Trinity Hill by Gerard Jaboulet in the late 1990’s. The “Baileys” was whole-bunch fermented with Viognier skins, before being aged in new 228l French oak barriques, while the “Mass Selection” and “Clone 174” were fermented separately with a high proportion of whole berries, blended together before ageing in 5400l French oak oval. Both parcels were aged for 15 months before being blended together and bottled.

Absolute velvet on the palate, layers of black fruit mingle with spices… vanilla, clove, cinnamon and more, they just keep coming. Detailed and complex, with amazing mouthfeel from soft juicy tannins and pitch perfect acidity. Drink between 2024 and 2035. Enjoy with eye fillet or hard cheese.