2015 is an exceptional vintage reflected in the rarified 98/100 scores from Andrew Caillard and Huon Hook. Significant world class Cabernet worth multiples of $29.99... a landmark wine to commemorate 60-years of Wynns. 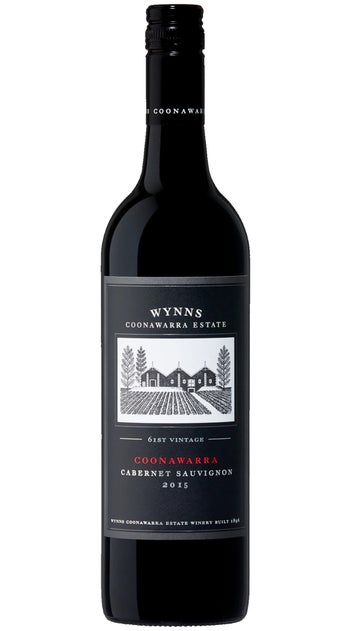 In my various sales/marketing/management roles in the Penfolds Wine Group that morphed into Southcorp Wines during my tenure from 1985-1995 in Australia... “Penfolds” and “Wynns Coonawarra” were the jewels in the Groups impressive winemaking crown. I visited Wynns in the Coonawarra numerous times and “Wynns Black Label Cabernet” was always at the top of my staff buying allowance. Even though my global wine knowledge was almost non-existent then, compared to now... I recognised this red was very special. It is fact world class Cabernet, at a phenomenally low price... comparable and superior to numerous Bordeaux Classé Growth Cabernets many multiples of its price. I’ve had mesmerising experiences drinking 20-25 year old Wynns Black Label Cabernet and Wynns Winemaker Sue Hodder is passionate about her favourite red. James Halliday calls it “Australia’s most important Cabernet” and I suggest “it’s one of the greatest Cabernet buys in the world today”. 2015 is an exceptional vintage reflected in the rarified 98/100 scores from Andrew Caillard and Huon Hook. It is a Cabernet that could age for 2-3 decades with ease if well stored... the type of quality and age ability normally associated with Cabernets many multiples the price of Wynns Black Label.

Classic Cabernet savouriness with rich concentration of dark fruit, cassis and black strap liquorice... its impressive length supported by fine grainy tannins and very fine cedary, spicey French Oak. Subtle Cabernet complexities of leather and graphite emerge in the powerful finish. 2015 is a stunning Wynns Black Label that will peak between10-20 years and potentially live a further decade plus in quality storage.