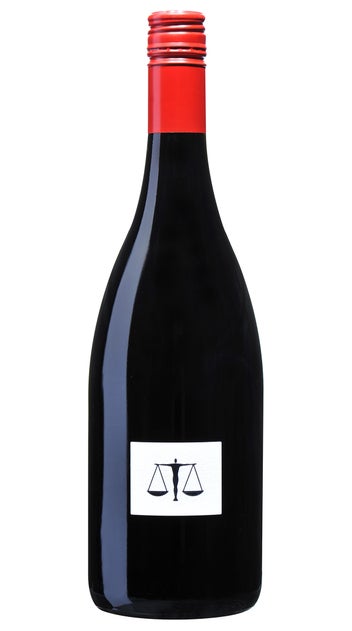 Who makes Hawke’s Bay’s finest Syrah, Trinity Hill or Bilancia? It’s sort of a trick question, since the answer should really be “Warren Gibson”, who makes both! Homage is his day job with Trinity Hill and La Collina his own personal project with his wife and fellow winemaker, Lorraine Leheny. Bilancia (bee-larn-cha) has been around for nearly 20 years, the name arising out of Warren and Lorraine’s time working in Italy and its profound influence on their winemaking proclivities. La Collina is harvested from steeply terraced mature vines on the North facing slopes of Roy’s Hill in the Gimblett Gravels. The daytime temperatures are reputed to be several degrees higher than the Gravel’s floor... and the vines hugely benefit in terms of purer fruit and superior natural acidity resulting from the cooler nighttime breezes that caress the elevated Northern slopes. As you’d expect, Bilancia means balance, something that is impeccable in this 2019 La Collina Syrah. From a truly great year for Syrah, it is a mesmerising wine, which explains leading world critic James Suckling’s massive, fraction off perfect 99/100 rating. It is a 3 p’s red... power, prettiness and precision... it can be enjoyed now with a decant... or in 2040-2050 kept in quality storage. If you’re wanting to see how stunning and perfect Syrah can be, La Collina needs to be in your cellar.
Smells
An astonishing nose showing all sorts of warm herb and spice complexity, with pepper, leather, liquorice, anise and smoke over black fruit aromas.
Tastes
The palate is amazingly long and fine... savoury intrigue meets abundant sweet black fruit conjoined with graphite, spices and dark chocolate... all languishing in luxurious tannins. One of the great Syrahs’ ever made in NZ. No rush to drink as it has the class, concentration and breeding to age 20-30years+. Ideally served with roasted red meats with a medley of vegetables including red and green peppers... keep a glass or two to savour in front of the fire.