A stunning Central Pinot made by Greg Hay. 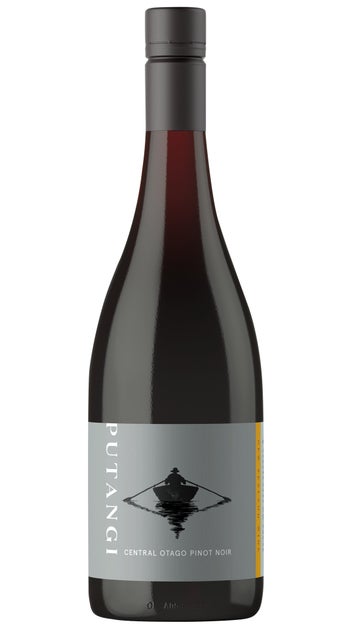 Putangi is the name dedicated to the dingy that Richard Henry used to try and save as many of our rarest birds, Kakapo and Kiwi from extinction from rodents. He rowed around the Dusky Sounds in his dingy named Putangi, collecting as many birds as possible, transferring them to what he hoped would be the safety of Resolution Island. Putangi is the Maori name for Paradise Duck. Certainly, a man of inspiration and dedication.

A salivating, textural Pinot Noir that has charisma and charm. Not your average up front and fruity Pinot, rather an exciting wine with vibrancy and sensual tannins that generously coat the entire palate and linger. Red fruit flavours persist with dusty cinnamon and vanilla with a stone sucking texture on the finish. Delicious and no hurry to drink as will age for 8-10 years or more. Gamey meats or pasta will go a treat with this wine.