***MAX 1 BOTTLES PER CUSTOMER***As good as Chardonnay gets in New Zealand and globally... in magnums! 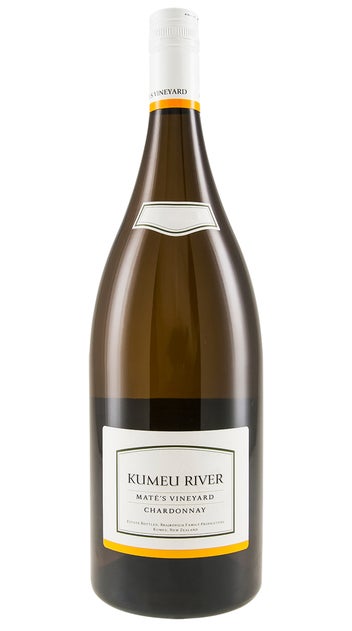 Bob Campbell just scored the Mate, 2020 (pronounce Matty) Chardonnay, 96 points. Time to stop, sit up, take note, and buy a case. Not only NZ critics think this is a stonking Chardonnay, but the fact the Mate’s Vineyard regularly beats high-end Meursault ten times its price in international blind tastings, confirms all our suspicions. Very impressive on release, but really comes into its own after at least ten years of cellar aging. All the justification needed, to buy that case. Mate was the patriarch of the Brajkovich family, and he reworked this vineyard in 1990, two years before his sad passing. The first grapes were harvested and in 1994 the first Mate's Vineyard wine was released on the 50th anniversary of the family's arrival in Kumeu.

Distinctly smoky and flinty on the nose, with nougat, peach, floral and spice notes.

Complex, weighty and even slightly briny on the palate, with toasty flavours and clean, soft acid framing the creamy palate, this Chardonnay calls for food in its youth and reverence in its maturity. A very special wine dedicated to a very special man - sells out every year so get your six pack promptly. It is famous for cellaring particularly well too – ten years plus with ease.